From Bin To Bin 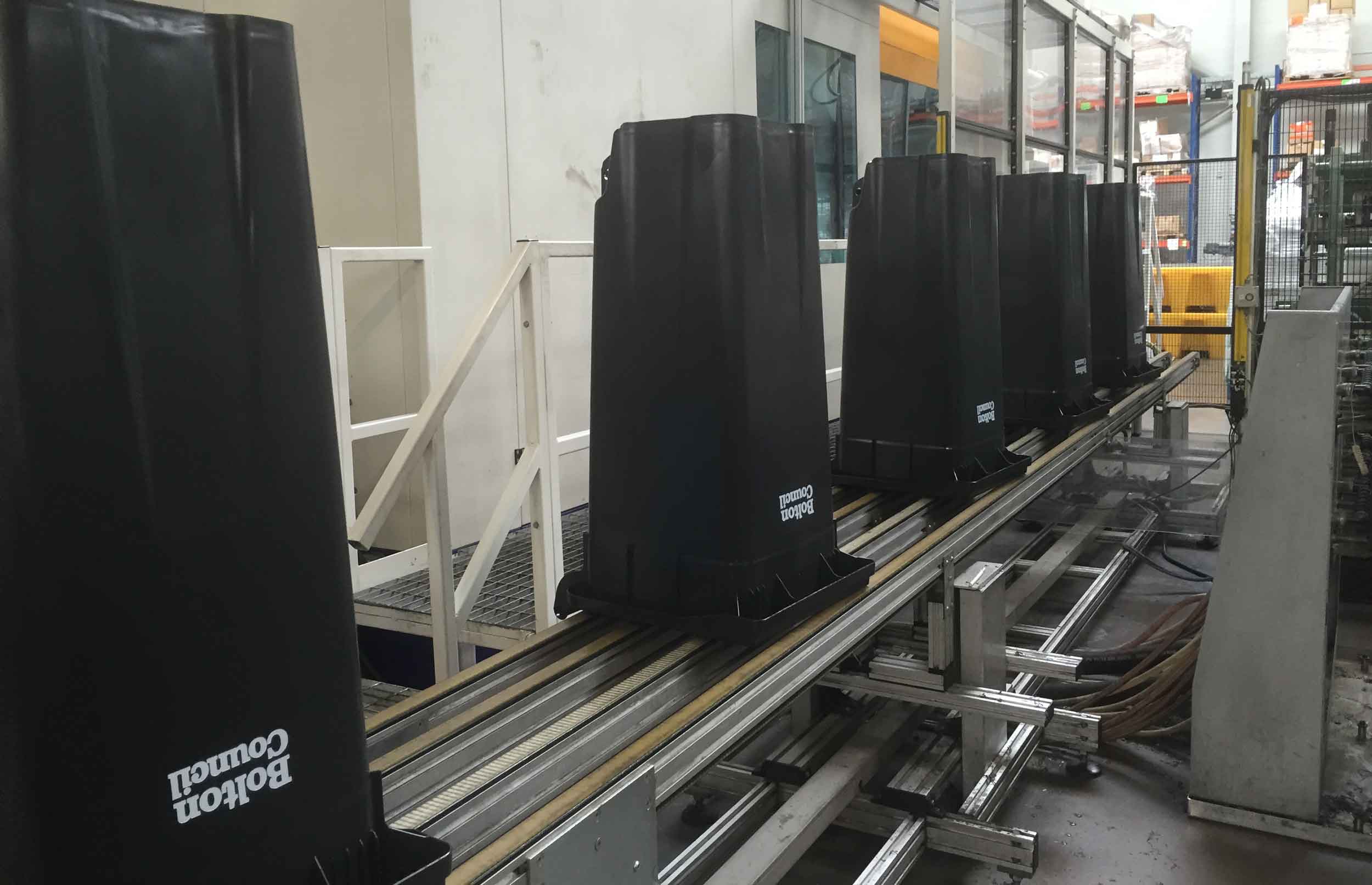 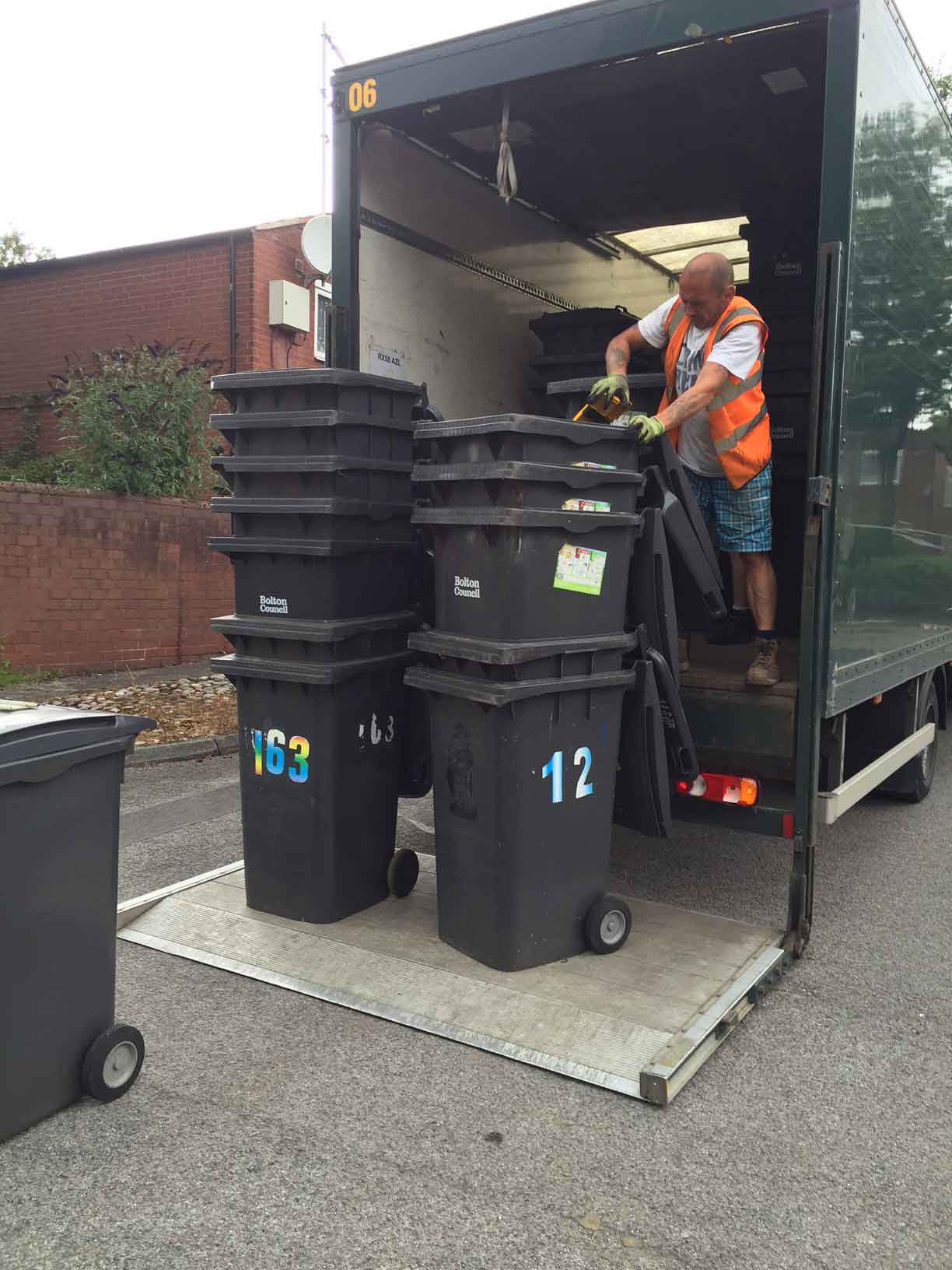 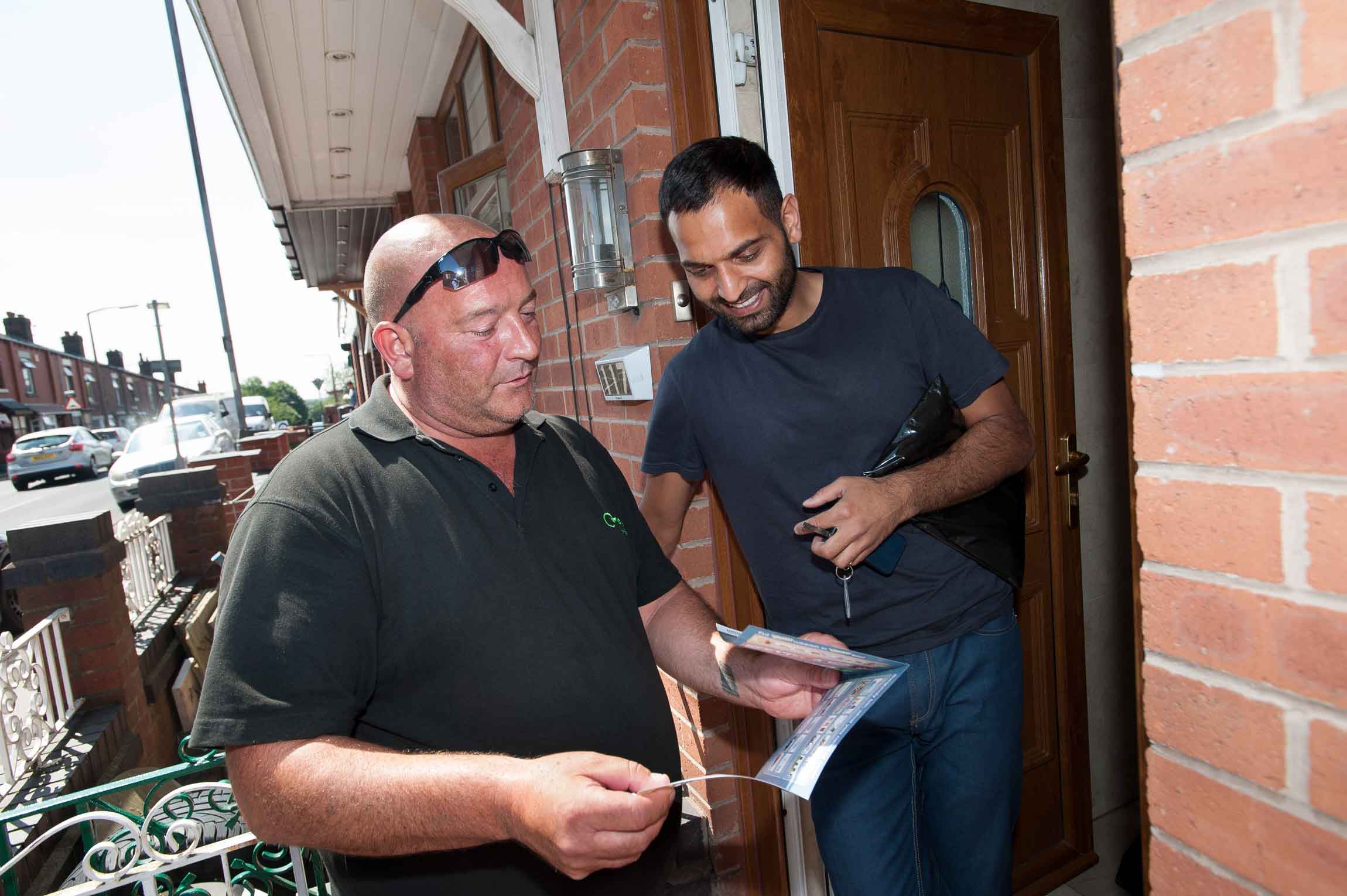 Bolton Council embarked on a project to replace its residents' 240-litre residual waste bins with ones that were 100 litres smaller, saving money in the process and turning the old bins into the new ones along the way, as CIWM editor, Ben Wood, reports.

In the summer of 2015 Bolton Council took the decision to exchange 110,000 of its 240-litre wheeled bins, used for collection of non-recyclable household waste every fortnight, for smaller, 140-litre grey bins; the intention being to save £1.25m per year in waste disposal costs and reach a 47 percent recycling rate for 2017/18. Changing 110,000 bins and communicating the decision – and the processes involved – is no small task. It signalled huge operational change, and one which would impact on all the residents of Bolton. It was a wide sweeping change and the Council was conscious of the need to implement it as efficiently and seamlessly as possible. Communication and planning were paramount to its successful roll out and so it quickly embarked on an intensive 12-month “slim-your-bin” campaign, which included education and interaction projects with community groups and residents. There were to be no other changes in the service– same collections, same days… just smaller residual waste bins.

Laura Swann, assistant head of waste and fleet strategy at Bolton explains: “The decision to introduce slim grey bins in Bolton was taken to change residents’ behaviour and drive waste out of the residual bin and into recycling, with the intention to save £1.25m – this target was based on the reduced disposal costs we expected the project to achieve. We took the decision to do this in July 2015, but did not begin to roll out the changes until June 2016. We allowed 12 months for an intensive engagement campaign with residents to prepare them for the changes.”

“The project was rolled out between June and November 2017 and, therefore, only had a six-month impact for that period, but the reductions in the amount of residual waste collected, allied with the increases in recycling, have already exceeded our expectations; by the end of March 2017, the savings had actually reached £2.2m, and this was just a half year saving.” But it wasn’t purely financial, as Laura explains: “We also aimed to increase the recycling rate in Bolton from 39.06 percent in 2015/16, to 47 percent in 2017/18; and in 2016/17 we reached a rate of 44.43 percent, more than five percent up on 2015/16 and this has put us on track to achieve the 47 percent target in 2017/18.” Laura added that the Council recognised the need to invest heavily in educating residents prior to the changes, and a great deal of advice and support was put in place to assist those that were concerned about the changes, or who simply struggled to manage their waste. “The Council received 4,409 requests for waste audits and 1,245 requests for support and advice between April 2016 and the end of March 2017,” Laura explained. “Recycling Officers have visited all of these residents; a lot of people that were originally concerned are now coping well with the changes.”

It used council tax leaflets, recycling calendars, door to door engagement, bin stickers and social media to help get the message across over those 12 months, and told residents clearly when the bin would be removed and replaced. It also engaged 28 local schools to help spread the message, and in response to the few concerns that were aired over fly-tipping and “street waste” increasing, the Council had five new Behavioural Change teams in place to respond to any such reports and complaints and work with residents to ensure they understood how to manage their waste correctly.

In turn, due to the intensive preliminary education and consultation groundwork undertaken by the Council, the “normal” redundant bin recovery rate of 60-70 percent was vastly exceeded, with the collection teams ultimately recovering 95 percent of the soon-to-be-redundant 240-litre bins. This was largely attributed to the fact that the public were informed in advance and knew what to expect. Given the tight time-frame involved and the scale of the implementation project, the Council engaged with the Yorkshire Purchasing Organisation for procurement support, and it assisted with the large-scale procurement exercise. Bin manufacturers and specialist distribution sub-contractors were consulted and a detailed tender specification was compiled aimed at delivering both best value and swift, efficient implementation. The procurement exercise quickly followed and the Council appointed Craemer UK as main contractor, who in turn engaged bin distribution specialists JET for the actual delivery of the new, smaller bins… and, of course, the collection of the redundant larger bins over a 20-week period.

Bin To Bin In Four Weeks

Recovered bins were cleaned and processed and sent to Craemer’s in-house polymer extrusion plant where the plastic material was then converted into high-quality polymer granules. This material was then re-introduced into Craemer’s manufacturing process and used in the production of the new smaller bins. Within four weeks of the start of the delivery and collection project, 140-litre bins made from material recovered from the redundant larger bins were being delivered back to the residents of Bolton.

Steve Poppitt, Craemer’s sales director UK, explains the process in more detail: “Wheeled bins were up-lifted from residents’ properties and shipped to a central depot where the wheels and axles were removed and separated. Bin bodies and lids were then stacked and loaded onto bulk collection trucks ready for shipment to a third-party recycling processor. After delivery to the recycling agent, the bins were washed, shredded, chipped and bagged ready for shipment to Craemer’s in-house compounding and extrusion plant, which is capable of producing over a tonne of high quality compound HDPE polymer every hour. During the compounding process the recovered material chips were re-washed, heat-treated, filtered, stripped of impurities, mixed with UV stabiliser and colour pigment, extruded and finally pelletized prior to being quality tested and bagged. The resultant high-quality material was then transferred to the injection moulding department for inclusion in the production of the new 140-litre wheeled bins. Within four weeks of the start of the Bolton contract, Craemer was able to begin delivering new bins manufactured from material recovered from Bolton’s redundant bins, thus providing a complete closed-loop service and recycling over 1,000 tonnes of plastic polymer.”

Despite the hard work and planning, Laura admits that it’s not a case of “job done” just yet. “We need to continue to change the behaviour of some residents that are not understanding the new system,” she explained. “It is clear from some door knocking we have carried out that some residents are still not completely sure what items can be recycled, and so we will be focusing our education this year on the items that people are not aware can be recycled, along with dealing with contamination in the recycling bins.” The only plastic we can collect for recycling is plastic bottles, and residents do tend to try and recycle other plastics, so we need to continue to work to improve this.”

And on the subject of improvement, how far can the roll-out of the new slim bin system really go; what more can it achieve for Bolton? “As explained with the recycling rate and the 47 percent target that we are approaching, we will see the impact continue into 2017/18 as the full year impact takes effect. The Council intends to continue to try and change behaviour and will continue to work closely with residents and community groups to support them to do this,” Laura added. The project was completed on time; the cost to the Council was kept to a minimum; the residents’ acceptance of the new system and the implementation of it was far better than expected; and the environmental impact was significantly reduced due to the complete “closed-loop”, new-bins-for-old, system provided by Craemer UK.