100 years of Craemer:
anniversary celebration in the A2 Forum (Rheda-Wiedenbrück) 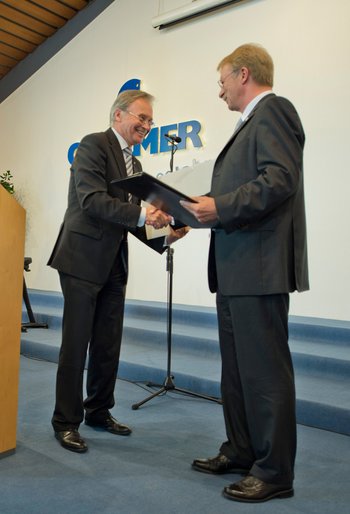 Dazzeling finale: a joint performance of the tenor Volker Bengl with Manfred Neumann on the grand piano and the Craemer Choir under the direction of Norbert Henzel.