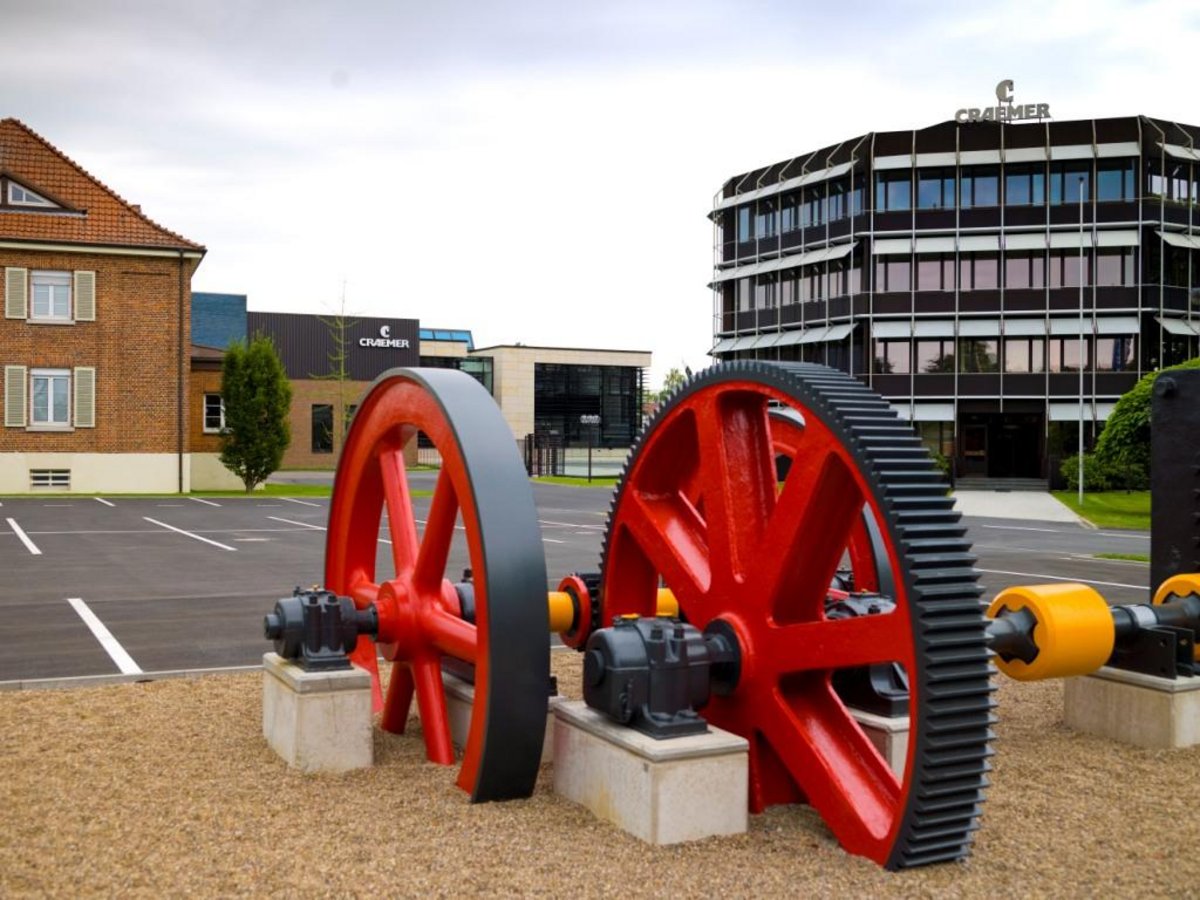 The main entrance to the premises of the Paul Craemer GmbH, headquarters of the Craemer Group in Herzebrock-Clarholz, Germany (2012). 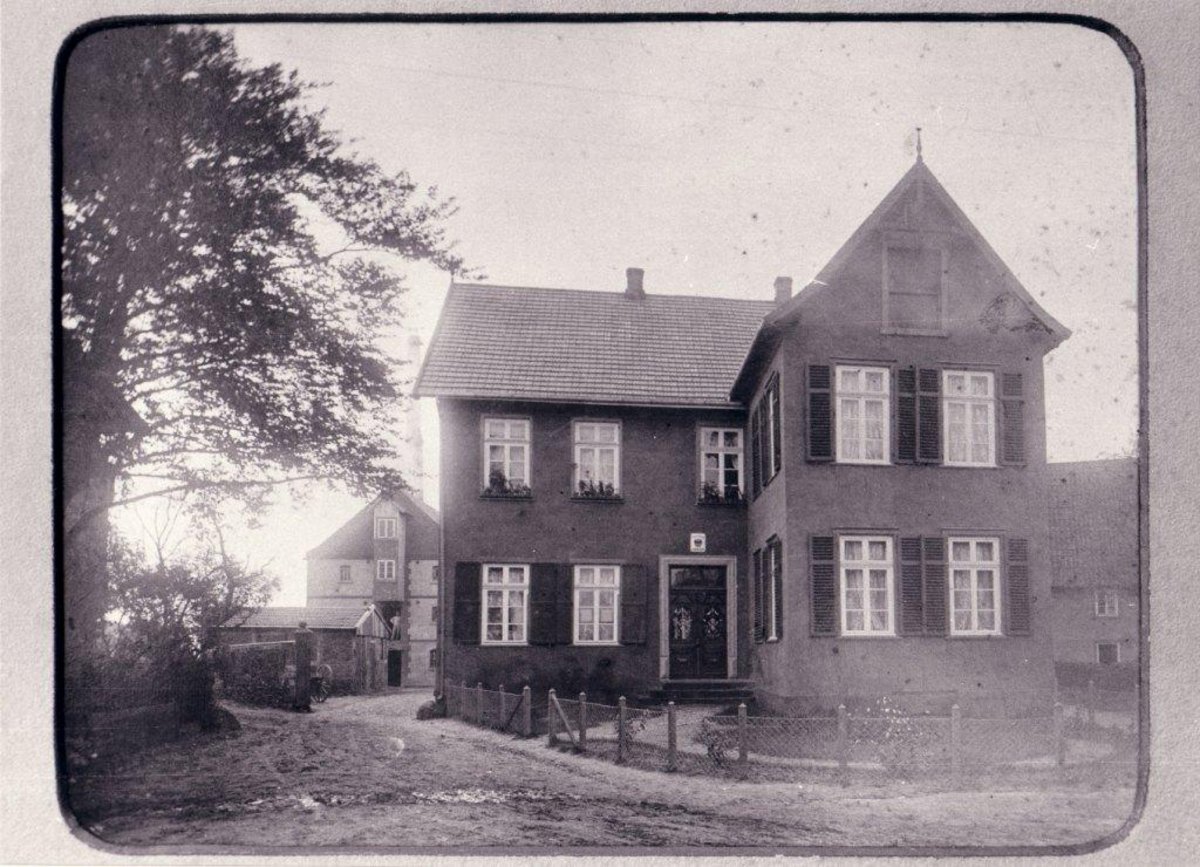 Herzebrock-Clarholz. The Craemer Group, an internationally oriented family business headquartered in Herzebrock-Clarholz, East-Westphalia, celebrates its 100th anniversary this year. The metal forming, plastics processing and tool making specialist achieved a total operating performance of 172 million Euros in 2011, with around 630 employees at four European sites. In its anniversary year, the company is on a successful growth track. Major investments in a double-digit million range are planned by 2014. Around 200 guests came to the official anniversary reception, held at the company's communal building on the 11th of May 2012: long-standing business partners from Germany and abroad as well as municipal and regional representatives from politics, the church, society and the business world.

The engineer Paul Craemer laid the foundations for the group by launching the Press-, Stanz- und Hammerwerke GmbH (Forging press, Coiler tension and Stamped Metal Works Co. Ltd.) in 1912. Looking for new entrepreneurial challenges, he had left the Ruhr Region to live in East-Westphalia. Very soon Craemer had acquired customers abroad and the factory was systematically expanded and modernised. From 1950 onwards, the enterprise became a major supplier of parts for agricultural machinery. In 1958, the company opened a new business activity for plastics processing with the injection moulding of large containers.

In 1967, Craemer developed the worldwide first plastic pallet moulded in one shot. Since the mid-1980s, the company has been focusing on its business as supplier to the automotive industry as far as its metal forming activity is concerned. In the area of plastics processing, Craemer pallets gain world-wide market significance and waste disposal containers are added to the range. For the last 15 years, Craemer has been expanding its business activities in Europe with great determination, developing into a group with increasingly global orientation.

Today, the medium-sized group consists of five operational companies in Germany, the UK, France and Slovakia as well as an international network of sales partners. Next to the administration and the central tool making facility, the founding site with around 480 employees houses production halls for metal forming and plastics processing. The group also has two independent production units abroad: a metal factory in Slovakia (around 100 employees), where the production started in 1998, and a plastics injection moulding facility in the UK launched in 2006 (around 50 employees). Since 2009, Craemer is present on the French market with its own sales subsidiary for the plastics range located in Greater Paris. The latest development is a service company for the business activity of load carrier management set up in 2011 at the group’s headquarters.

In the business activity of metal forming, Craemer constructs and manufactures large-scale metal parts for the automotive industry, in particular parts for the vehicle interior:  primarily seat pans, but also components for back rests and doors as well as crossbar beams. Furthermore, the company produces parts for convertible rooftops, catalytic converter shells and body parts for the engine compartment.

The business activity of plastics processing focuses on the development, production and marketing of pallets, storage and transport containers as well as waste bins of the Kliko® brand. In the field of services, Craemer offers the renting and management of plastic pallets with integrated identification tag, such as the web-supported pallet management system of the Paalpool® brand.

"Looking at the first-quarter figures, the anniversary year has started out very well", says Dr. Achim Brandenburg, Chairman of the group. "All company sites show a two-digit percentage growth and a satisfactory development of operating results." The most significant increase was achieved by the UK plastics plant – up by 30 per cent versus last year – followed by the Slovakian metal factory (almost 20 per cent) and the parent plant in Herzebrock, Germany (12 per cent). For the first time ever, the group achieved a total operating performance of roughly 50 million Euros overall in the first three months. "The next annual goal is to reach the 200-million-Euro mark." Growing staff numbers and full order books are bound to provide a good opportunity for further profitable growth.

The company recently contracted a particularly large volume of orders in the metal division: for structural parts for the Volkswagen Group’s new seat generation. "The model life cycle for these parts is approximately ten years. Based on the current forecasts, we expect a total turnover of over 200 million Euros", says Barbara Wienströer, Sales Manager, Metal.

Millions invested into the future

In view of the new orders in the metal sector, Craemer has recently initiated the largest single investment in machinery for the parent plant in the history of the company: a 2,500-ton servo press with integrated press bed of 8 metres length, made by Schuler Pressen GmbH (Göppingen, Germany). "According to the manufacturer, such a machine has never been built before", says Siegbert Geldner, Technical Managing Director of Paul Craemer GmbH.

The press is part of an investment package well in excess of 20 million Euros, which Craemer will invest into the future of its sites and business divisions over the next two years. A preliminary focus is laid on renewing and expanding the machine park for tool making and metal production. In the plastics business sector, the company plans, among other things, to construct tools for a newly developed generation of waste bins and to invest in the field of material recycling.

Four family generations have shaped the company over 100 years

Four generations have shaped the company since it was founded 100 ago. The first generation consisted of the company’s founder Paul Craemer and his wife Agnes who led the company during the First World War. After the founder passed away in 1940, his daughter Agnes temporarily headed the company, until her eldest son Hans-Joachim Brandenburg returned from war in 1945. He led the company from 1951 to 1987 as its Chairman. His younger brother, Dr. Horst Brandenburg, acted as Authorised Representative (Procurist) and Head of Sales from 1954 onwards. Until his withdrawal 25 years later, he was in charge of developing sales for the new plastics division from its very beginning.

In 1979 and 1980, the company boss’s two sons joined the company. The younger one, Klaus-Dieter Brandenburg, shaped Craemer in his role as Authorised Representative (Procurist) from 1982 onwards; later on, he became Technical Managing Director and thus significantly influenced the company’s technological developments up to his withdrawal in 2006. The older brother, Dr. Achim Brandenburg, acted as Chairman alongside his father from 1982 onwards. Since 1987, he has been heading the company in fourth generation. With his eldest son Sebastian Brandenburg, the fifth generation is already taking its place in the company today. He heads the UK subsidiary (Craemer UK Ltd) as Managing Director.

In the anniversary year 2012, the group of shareholders consists of five family members from different generations: Apart from the company founder's granddaughter, Eva-Maria Poggel, there are the brothers Klaus-Dieter Brandenburg and Dr. Achim Brandenburg as well as his sons Sebastian and Christoph Brandenburg.

Every generation has also placed responsibility into the hands of others. Craemer's executives and managers have always cultivated a deep personal sense of attachment and loyalty to the company. They live the corporate culture and identify with the family business values thus ensuring that a sound balance is struck between increasing professionalisation and maintaining the corporate identity.