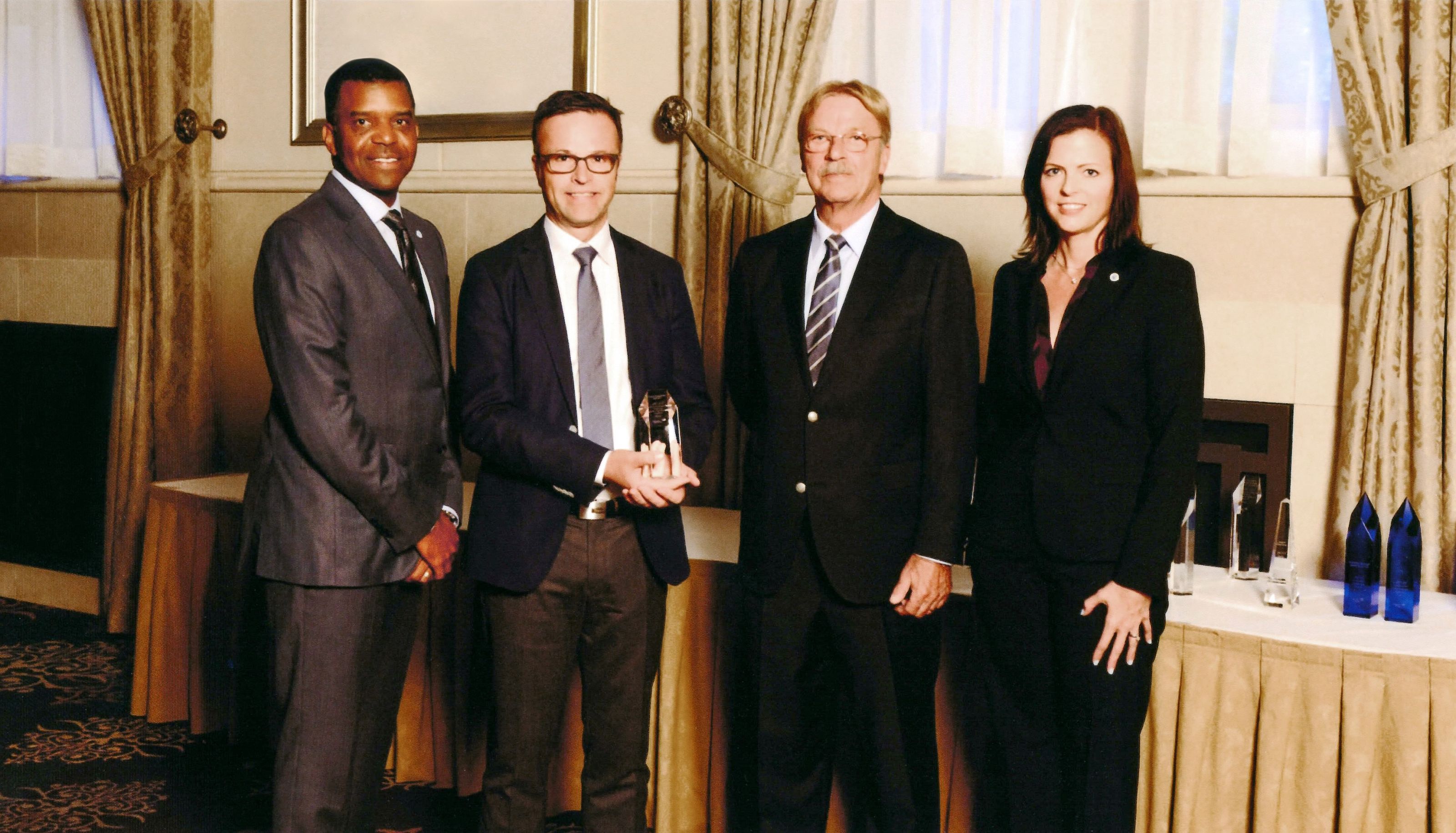 The automotive supplier Johnson Controls based in Milwaukee in the US State of Wisconsin has recently presented 44 of its global suppliers with the annual awards for excellent performances. Among the recipients of the prizes awarded in Detroit: The Paul Craemer GmbH from Herzebrock-Clarholz, Germany, specialist for metal forming, plastics processing and tool making.

With these awards the US American enterprise and world’s largest car seat manufacturer acknowledges its suppliers’ overall performances in the fields of quality, logistics, service as well as financial, ecological and social awareness. This year 44 suppliers worldwide received the prizes. The silver trophy for Craemer was presented to the Managing Directors Dr. Achim Brandenburg and Siegbert Geldner – during a prize-giving ceremony held in St. John’s Hotel in the North American town of Plymouth near Detroit. The silver Supplier Award 2015 is the seventh trophy Craemer has received as automotive supplier since 2006.