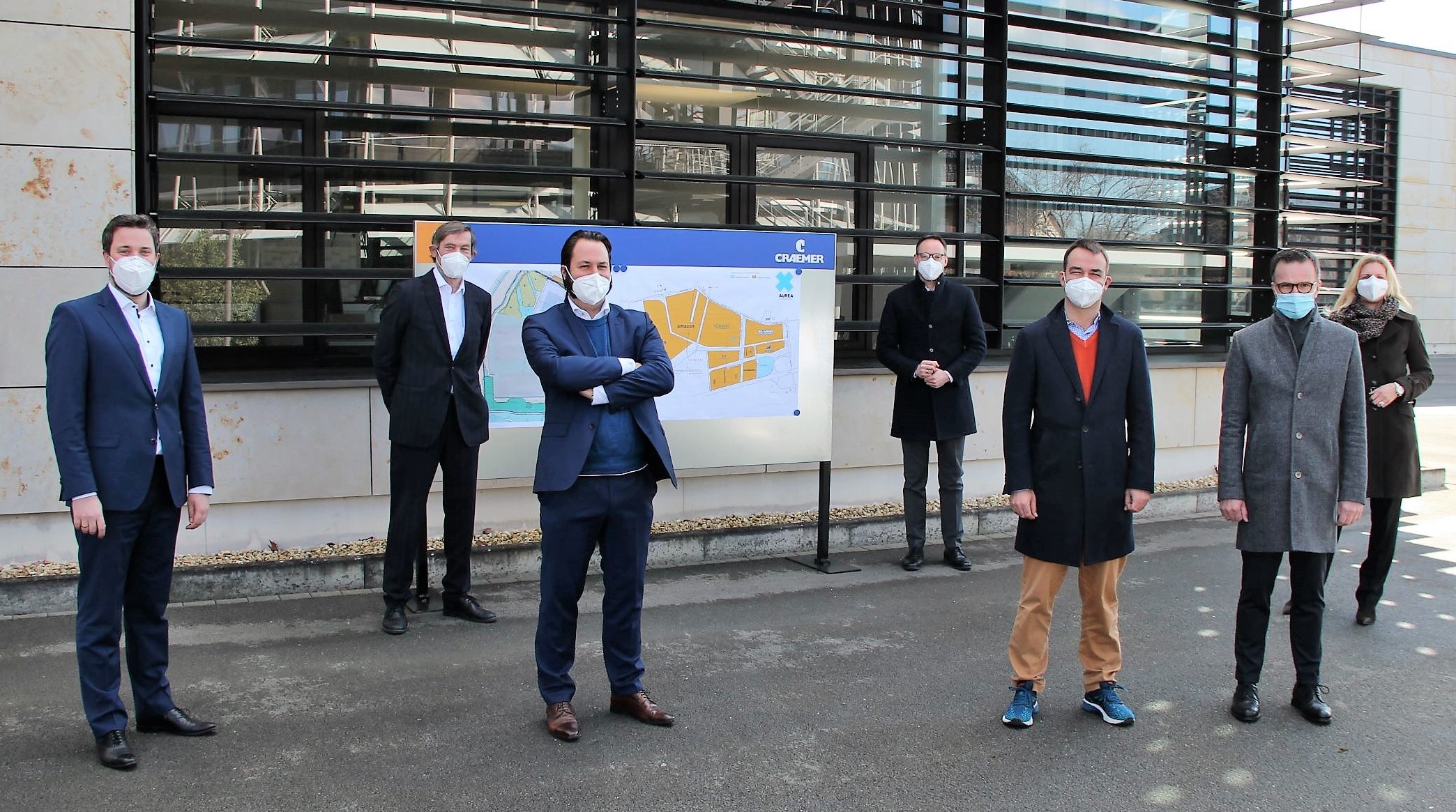 Herzebrock-Clarholz/Oelde/Rheda-Wiedenbrück. The headquarters of the Craemer Group in Herzebrock-Clarholz is expanding on a property of around 17 hectares (42 acres) in the Aurea interregional industrial area located in the municipalities of Oelde, Rheda-Wiedenbrück and Herzebrock-Clarholz. The land purchase was recently sealed. On their new premises close to the motorway A2 and around nine kilometres from their headquarters, the long-established family-run company intends to set up a plastic injection moulding facility to expand their production and storage capacities. Construction work on the project with an investment sum in the double-digit million Euro range is scheduled to begin this year.

“We are delighted about the approval of Aurea GmbH for the 170,000 square-metre property”, says the Managing Partner of the Craemer Group, Sebastian P. Brandenburg, adding that “we have reached the limits of our space capacity at our headquarters in Herzebrock-Clarholz. In order to keep pace with the growth of our plastics business, we urgently need space for further expansion." The Herzebrock company premises on federal road No. 64 to Rheda-Wiedenbrück was bought by the company's founder Paul Craemer in 1923 and now extends over an area of around 18 hectares (44 acres), which today are largely used for metal forming, plastics processing and tool making. “Our new plot of land in the Aurea industrial estate is the ideal location for the expansion of our plastics production”, states Brandenburg. “In exchange for the 17-hectare-site and in order to allow for the development of other companies in the same business park, we have returned a plot that we had already signed contracts for.”

In a first step, Craemer plans to develop an around 18,000 square metre (193,750 square feet)  big and up to 15 metres (161.5 feet) high production and warehouse hall with integrated office and social tract. The paved outdoor area of more than 10,000 square meters will include storage, HGV driveways and manoeuvring space as well as parking areas for 70 cars and twelve HGVs. The remaining area is reserved for future expansions. "We will most probably submit the planning application this spring and the construction works are to begin middle of the year, if possible," says Mr Brandenburg adding that "completion is targeted for summer 2022. Production is expected to start with four injection moulding machines with capacities of several thousand tonnes each and around nine silos.” The architect of the construction project is Eisenmenger Co-Operation GmbH, Osnabrück.